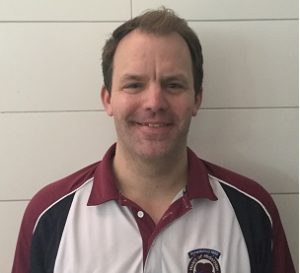 Phil joined the club in October 2001. During his time at the club, Phil, a UKCC Level 3 Coach, has overseen numerous successes at District, National and International level and has been appointed as coach to both British and Scottish National teams at high level international meets, including the 2007 European Short Course Championships, the 2008 Tri Nations Cup and the 2017 Youth Commonwealth Games in the Bahamas. Primarily responsible for the day to day coaching of the swimmers within the Tier 1 squad, Phil also has a role overseeing all of the training squads and their coaches. After graduating with a BA (Hons) degree in Physical Education from the University College of Ripon and York St John, and following a personal swimming career that saw him represent England at junior/youth level over his favoured distance freestyle events, Phil turned his hand to coaching the sport, initially as assistant coach at city rivals Warrender Baths Club before moving to Hearts to take on the Head Coach role. Please contact Phil on 07930 528174 or Email: headcoach@swimhearts.com

Swimmers in Tier 1 compete at open and age group meets, and at district and national championships.  See the levels page for more information.