Tier 1 swimmer Holly McGill has been selected for the Commonwealth Games to be held in Birmingham later this summer.  She will be swimming backstroke events and we’ll publish more details of when her events will be on.  Holly has been with the club for a number of years starting as a junior swimmer and moving through all the squads.  She started competing at junior graded meets and Lothian Leagues, gaining experience and skills to qualify for East Districts, Scottish Nationals and British Nationals as she progressed through the club.  She has also been selected to represent Team GB at the European Junior Championships in Romania between 5-10 July.  Go Holly, the whole club will be behind you!

Two other ex-Hearts swimmers, Keanna MacInnes and Emma Russell have also been selected for Team Scotland. 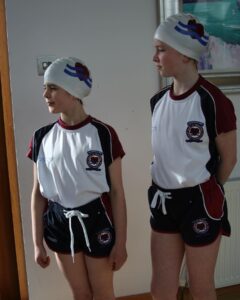