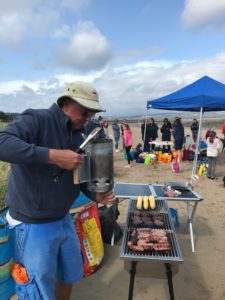 There was a great turnout for this year’s summer barbecue at Cramond beach on Sunday 18th August. Luckily the weather was mostly kind – windy but the rain held out until we had all been fed.

Rob Carruthers was the barbecue king again, assisted by Mike McGill. There were enough burgers, sausages, veggie burgers and veggie sausages to feed an army – or a group of hungry swimmers. 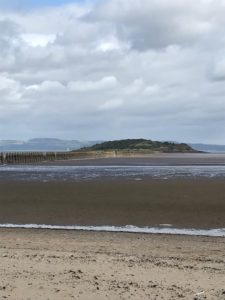 The tide was out long enough for a group of swimmers to walk out to Cramond island and back.  They made it back in time to queue up for burgers and sausages.

Thanks to everyone who came, a great turnout. The kids finished off the day with a game of rounders while we all sheltered under the gazebo! 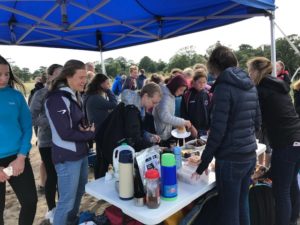